Due to the political situation, we don't do any trips to Russia right now.

Ever been to Russia? Know anyone who has? For skiing? Did you know that the Caucasus mountain range is like the extremer part of the Alps, but one notch up? Runs are long, steep and complex – glaciers, couloirs and skinning is part of the game when skiing on Elbrus, Europe's highest mountain 5642 meters. The Elbrus lift, in combination with Cheget, the resort next door, enables radical off-piste terrain from altitudes of up to 4100 meters above sea level. Genuine cultural experiences of the Russian way of solving things is guaranteed as our small groups might be the only Westerners in the area.

Prerequisites
To be honest – the pistes in Elbrus and Cheget are no good which means this week is spent off-piste. Further, many of the runs do not enable any traverses back to the lifts but go all the way down to the valley bottom from where we return by Russian taxi, that is anyone who passes and wants to make some
rubles. Anyway, what we are trying to say is that the runs are long, partly very steep and there are in most cases no options to escape back to the system once you started off a descent – unless you walk back up of course... Not unique for Russia you might argue, and that's quite right, this is a lot like the skiing in the French off-piste paradise La Grave, for example. So, just as for the case with La Grave you should be past the off-piste introduction stage. In fact you should be experienced and confident in all types of snow. Regarding snow-quality similar conditions as in the Alps can be expected. We will be using lifts for most of the elevation gain but as in so many cases a bit of skinning really opens up options so you should have experience from touring too.

Group size, skis and snowboards
Operating with a maximum of six skiers to one mountain guide gives flexibility and better skiing. The price is based on a minimum of five guests. We do welcome both snowboarders and skiers but we do not mix them on this destination.

Equipment
Semi-fat to fat skis with ski-touring bindings and skins. Your time trialed alpine ski boots or new generation rigid touring boots, which ever you prefer, will do it. Snowboarders need to bring, and have experience from snowshoes/approach skis/split board and telescopic poles. A harness is needed for the glaciers and rappels, a backpack suitable for carrying board/snow shoes or skis and a helmet is, as always, a good idea. ABS-pack is recommended and shovel, probe and transceivers are required. There is not much modern gear to rent or buy on spot so make sure to bring what you need.

Accommodation
Well it's getting better each year, corresponds approximately to two stars in the Alps – warm, dry, clean and a touch of Faulty Towers…

Travel and program
A lot of things can happen when traveling in Russia, a flight delay not at least (another parallel to France!). We figure – it might not be a bad idea to take care of this already from the beginning by planning for a stopover in Moscow on the way back. After all, encrypting the Cyrillic letters of the Moscow underground map is fun and experiencing the Red Square live rewinds one through a lifetime of news reports.

Visiting Russia requires visa, in order to apply one you need an invitation letter and a travel insurance certificate. We will arrange for the invitation through our partner in Russia but it is important to keep in mind that making the arrangements, as well as going through the visa application process takes some time – allow approximately two months for the process.

There might be an opportunity for heli-skiing. Nothing that can be relied on or planned for but to be considered on spot if the opportunity arises.

The airport for Elbrus/Cheget is called Mineralnye Vody (mineral water), from there we travel by minibus to Azau village at the foot of Elbrus. Outbound flight on Saturday, skiing Sunday to Friday. Leaving the mountains for Moscow on Saturday and return back home on Sunday. St Petersburg might be an option to Moscow for flight change.

Safety
As the Elbrus and Cheget resorts are situated close to the border to Georgia military presence is to be expected. Making descents in the border zone has included interaction with the military and their response has always been correct. Public safety has not appeared to be threatened beyond what we experience in the Alps. Sure, Russian youngsters take their chances to jump the lift-queues but a bit of criticism from us westerners has had surprising impact!

Included
• Guiding by internationally certified mountain guide (UIAGM/IFMGA)
• Transfer between Mineralnye Vody airport and resort
• All transports during the week including taxi between the ski areas
• Hotel with breakfast and dinner at the ski resort (the price is based on staying in a double room, single room can be arranged)
• Magnificent backcountry off-piste and different culture
• Harness
• Adventure!

Length of trip
Six days of skiing with stop over in Moscow on the way back.

Be a pioneer, sign up for Elbrus and Cheget, Europe's upcoming destination for radical off-piste! 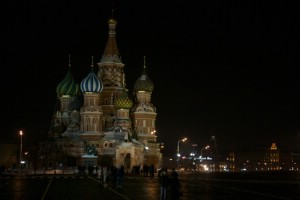 Click for more info about this trip
Startpage for this trip


Please use the form if you have any questions or want us to contact you. 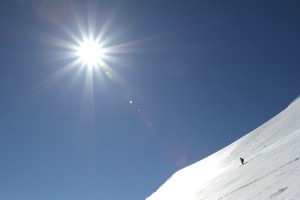 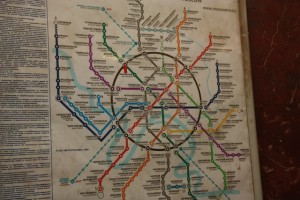